Don’t you hate it when you bite into a chicken wing and you get a bite of gross wobbly skin?  I think the test of a true chicken wing is it’s crispiness (and yes the sauce is important too).

The wings at “Alondra Hot Wings” are so crunchy if you close your eyes while biting into it you get a sense that you’re biting into a Chicharron (fried pork skin).  But the deceptive thing is, the inside is super soft and juicy.

I tend to order the dry rubbed wings such as “Lemon Pepper” or “Cajun”, simply because I like to dunk at will.  I like a bit of danger when I eat so I order the “Atomic Wing Sauce”.  The servers always ask if you’ve tried it before and ask you to sign a waiver.  I’ve never had to sign a waiver because they can see that I’m a badass motherfucker.  This “Atomic” sauce is made out of habanero extract and has a ton of red pepper flakes and seeds (looks a little like molten lava). Sounds innocent enough until you find out that the spiciness reading is well over 1 million on the Scoville scale, that’s 1 level below pepper spray.  The closest feeling I could describe is, tiny little devils dancing on the roof of my mouth with their little cloven hoofs.  If you eat  a lot of the sauce you may get a little light headed and suffer from a blurred vision (don’t blame the beer, I swear its the sauce). 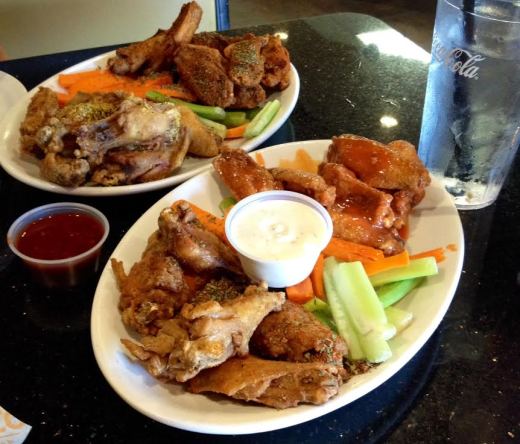 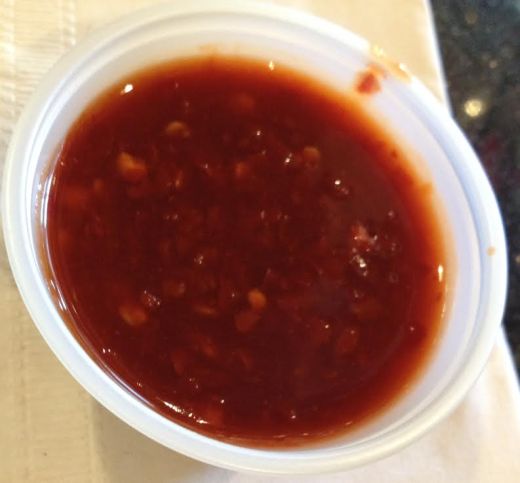